Most homeowners know that the only thing keeping most historic, exquisite homes from falling into disrepair isn’t merely consistent maintenance – it’s expert waterproofing from actual waterproofing specialists. So, when the owner of California’s premiere properties decided to save their sub-basement from extensive flooding and leaking, they sought out the expert team from WICR.

The home, one of the most well-known properties in LA, was built for an Academy Award-winning actor in the early 1900s. WICR was tasked with not only reversing almost a hundred years of water damage but doing it in a way that preserves the delicate external aesthetics of the home and the beautiful foliage outside.

Below, we’re highlighting how WICR solved one of its biggest challenges to date.

Shockingly, most older homes are not waterproofed – in fact, most 20th century builders just expected their basements to flood! So, for decades, these houses just endured extensive flooding that rotted the foundations of their home. 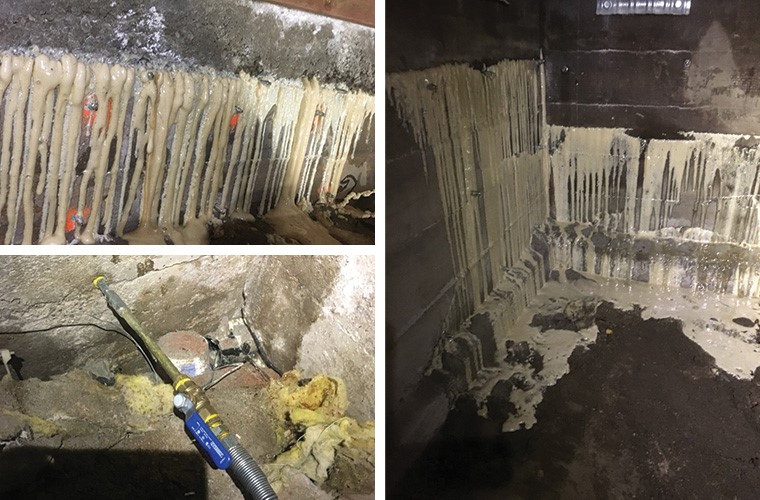 Like most homes this old, the historic home sub-basement needed substantial work. To put it into perspective, a basement under 10 feet of soil experiences 600 pounds of pressure per square foot, and it had been withstanding that pressure for almost a hundred years!

Upon inspection, WICR found signs of white efflorescence, mold, and mildew. But, there was also destroyed rebar and metal, threatening the integrity of the underground structure.

So, WICR got to work with their main objective: waterproofing the entire perimeter of the sub-basement, which was an immense 6,000 sq. ft! And they had to do it without excavation because there were hardscape and foliage surrounding the property that couldn’t be destroyed. 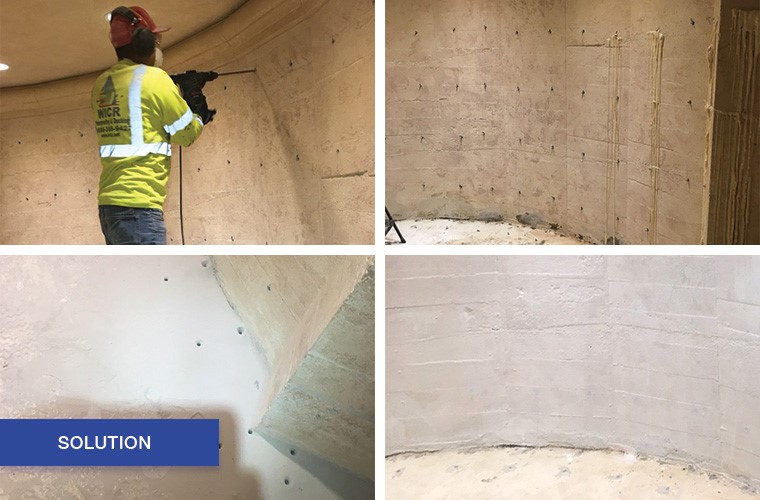 For a project this difficult, WICR decided on an advanced technique that offered a permanent seal: negative-side waterproofing. This method waterproofed the sub-basement from the inside by drilling holes going from inside the basement to the outside. Then, they pumped an expanding material into the walls until it emerged into the outside.

Negative-side waterproofing was perfect for this project because its adhesion point was opposite the hydrostatic pressure, and the expandable grout forced the water all the way outside.