This upscale apartment community in Rancho Cucamonga had three concrete pool decks in need of concrete repair, resurfacing and waterproofing.

The cracks were primarily caused by settling after the initial construction, and others caused by water penetration at existing cracks and at worn expansion joints.

The surface was prepared by removing loose and deteriorated concrete, dirt and rubble. Aggressive power-washing and grinding where needed ensured the surface was free of contaminants, for optimal adhesion of the waterproof deck coating materials. The perimeter, pool and spa were masked off to protect from overspray.

Areas of severe cracking of concrete were demolished, and replaced with new concrete. Care was taken to make sure newly poured concrete areas matched the look of the existing concrete pool deck installation.

The smaller, existing cracks were filled wih Multicoat Speed Bond. After the Speed Bond had adequate time to dry properly, a Multi-coat Flexible Cementitious Coating was carefully applied to the entire surface, followed by Multicoat Krete Kote slurry and texture coatings.  The texture was hand-troweled for a beautiful knockdown effect. Two sealer coats were applied to seal and protect the waterproofing coating. Existing expansion joints were removed and replaced.

Here is a link to a brief video detailing the pool deck waterproofing project:

Here are some photos: 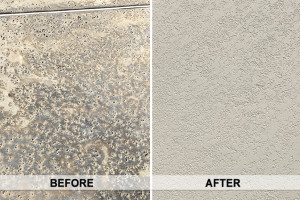 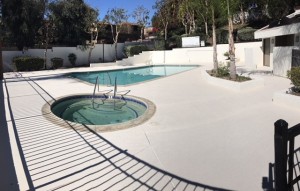 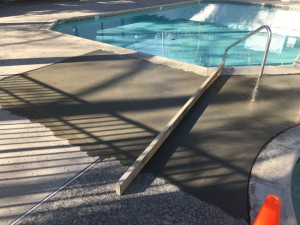 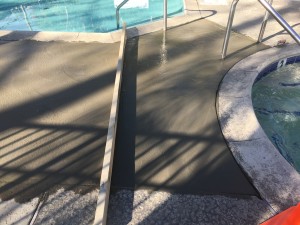 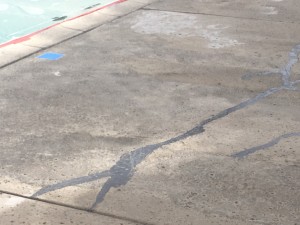 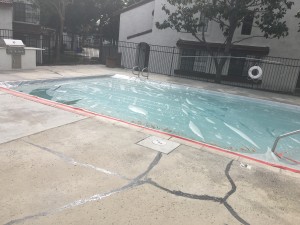 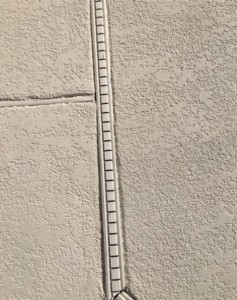