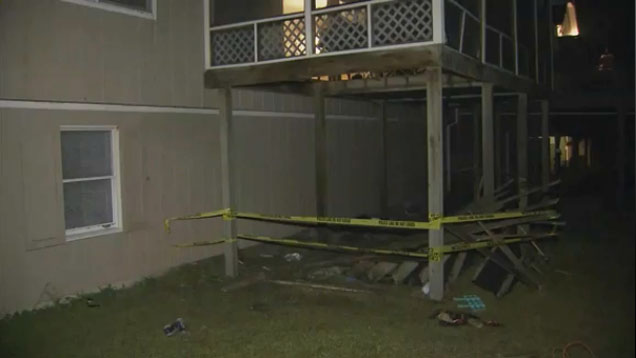 While the internet is still buzzing about the Berkeley, CA, deck collapse two weeks ago, another deck collapse today injured 24 people in Emerald Isle, North Carolina.

Preliminary findings indicate that rusted metal, such as nails, led to water intrusion. Some of the injuries sustained include critical spinal injuries, as a group of family members gathered for a photo. Neither the owners nor the property management company in charge of the property would comment on when the deck was last inspected.

The saddest detail is that routine deck inspections and maintenance could have prevented this. Statistics from the CPSC (Consumer Products Safety Commission) show an annual rate of 672 injuries due to deck failures/collapses.

Here is a link to the full NBC News article: