Responsible property owners know that their buildings just aren’t safe without proper waterproofing – which is why WICR is called upon to help update so many commercial residences in Southern California. Courtyards not only take a beating from the California rain and sunshine, but these decks often turn into expensive liabilities if the damage is not taken care of.

So, when a Southern California HOA decided to finally revamp a dilapidated courtyard for their condo in Pasadena, they chose the waterproofing specialists at WICR, instead of a general contractor.

The building not only suffered from a defective initial waterproofing, but the property managers hired a construction company that installed further defective waterproofing systems that just continued the damage. All in all, 3-4 different contractors were hired who just put more material on top. None of them were able to really repair the defects underneath each project, either. It’s that combination of defective waterproofing installations and a complete lack of maintenance that led to massive structural and aesthetic issues.

The damage was extensive, but WICR took on this major overhaul to save this property and keep it gorgeous for years to come.

The condo’s courtyard area was in dire need of repair. The floor was peeling, making the deck waterproofing look patchy, and there was substantial cracking, too. The waterproofing was failing, but there had been at least three attempts to coat over it, plus, there was absolutely no maintenance involved! And due to sloping issues that were not corrected, the ponding water was causing substantial leaks.

Unsurprisingly to WICR, the defects from the original waterproofing and the lack of maintenance led to leaks into the parking lots as well as into the units, exposing the residents to water leakage. 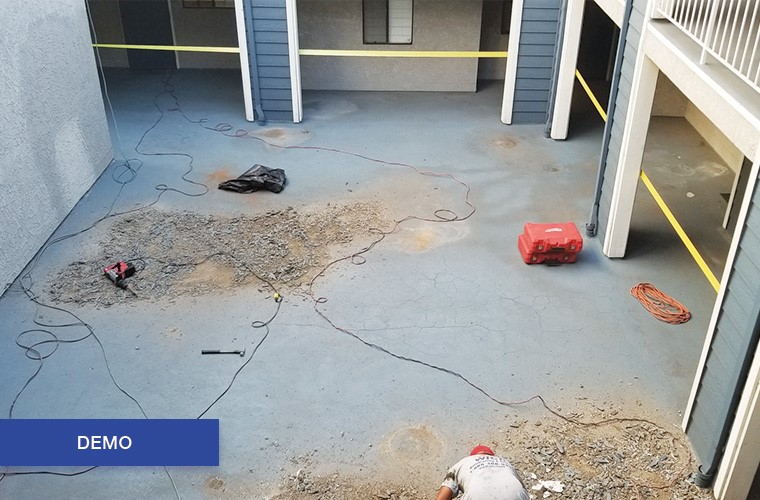 The courtyard deck was so defective and coated over so many times, there was no way to restore it. Instead, WICR proposed a complete reconstruction. Eventually, they completely removed all the stucco and flashing, and completely stripped it down to its original structure before it was initially coated with defective waterproofing. 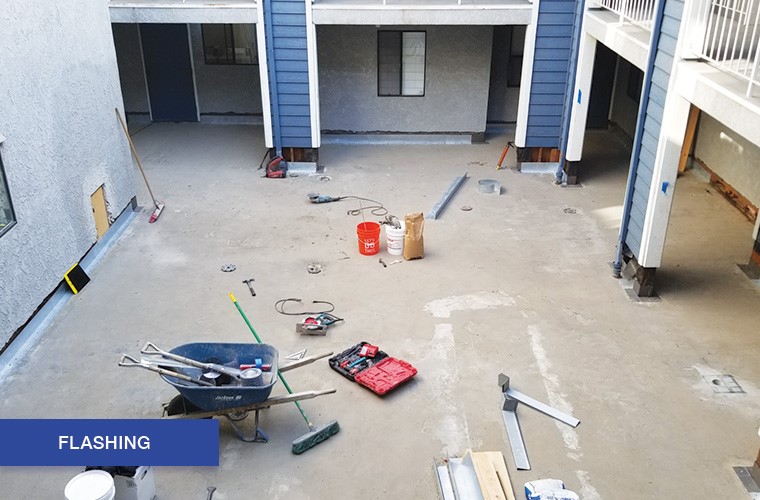 Essentially, the entire substructure was failing. In fact, the metal flashing had completely deteriorated and was rotting away, causing further leaks.

WICR integrated the deck waterproofing with the surrounding walls, doors, and edges to ensure the waterproofing flowed together and overlapped. WICR used 24-gauge galvanized sheet metal for the flashing to ensure each piece overlapped and fastened together. 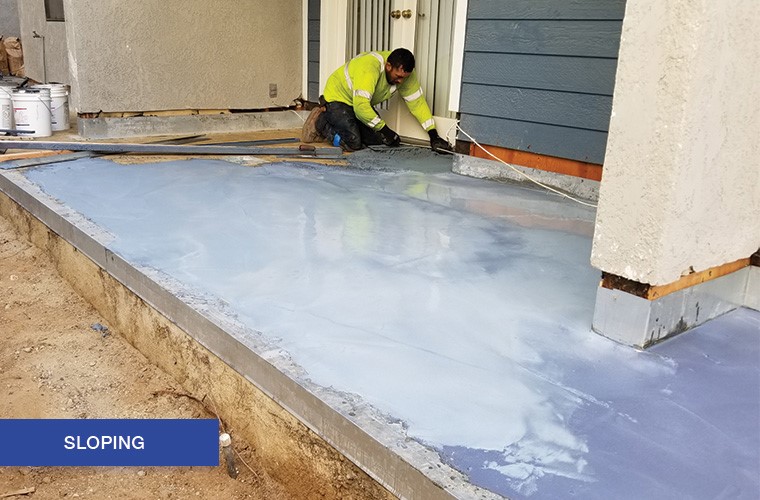 To prevent ponds, which lead to a breakdown of surface coats, staining, cracking, bubbling and leaking, proper sloping was implemented.

Unlike other companies, WICR considers the drainage that sloping allows as almost as important as the waterproofing membrane.

The original waterproofing system had rubber coating with several layers of cement coating on top  –rather than a comprehensive system.

WICR installed a membrane throughout the entire deck and courtyard because they wanted to establish a superior, monolithic system. WICR made sure the membrane was as continuous as possible. In the first phase of the membrane, the flashing was covered with waterproofing material under the stucco paper. 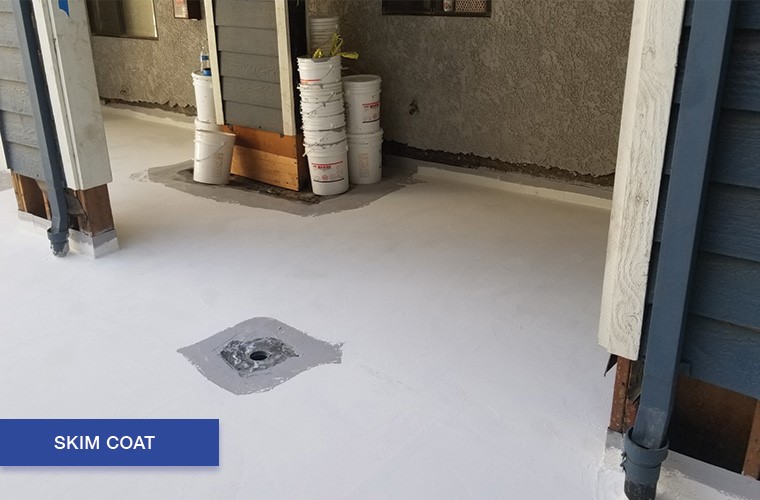 WICR then applied a skim coat to protect the waterproofing membrane and provide a uniform texture application and a nice, gorgeous finish. 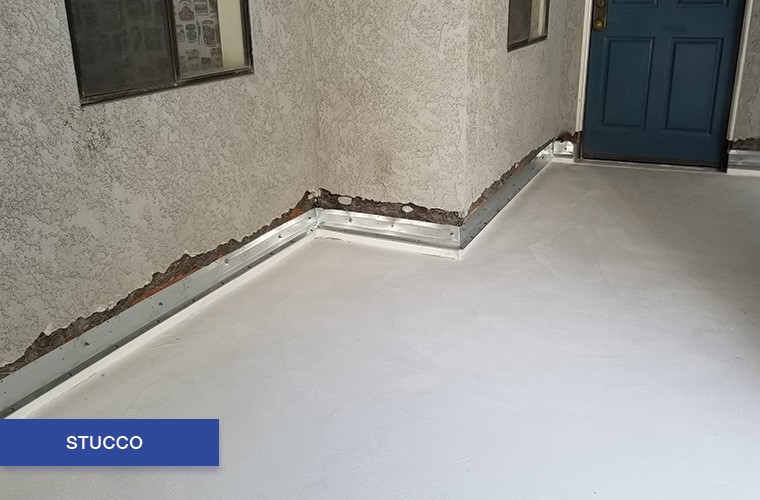 These extra steps prevented any weak points, and it meant that if water was able to leak into cracks in the stucco or into the walls, there would be a backup. 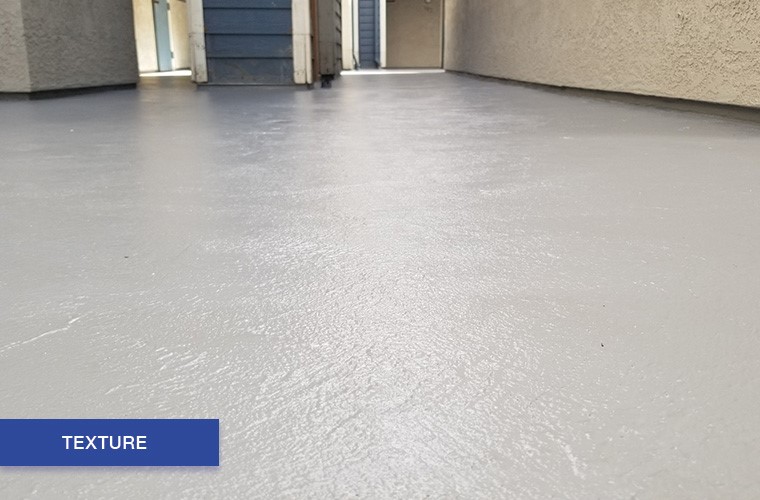 A beautiful, hand-trowel texture was implemented to add a unique, one-of-a-kind pattern, and to provide a non-slip surface. 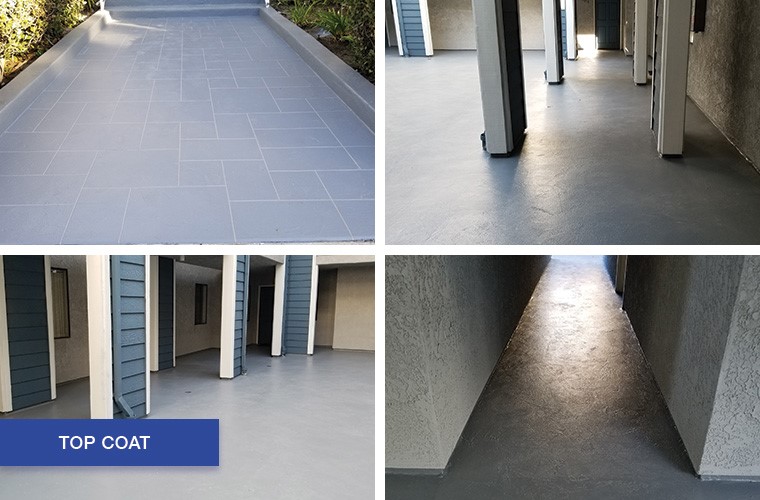 To seal the entire system, a powerful elastomeric coat was applied to prevent further cracking and protect the deck from exposure to the elements and UV damage.

The steps above exemplify what makes WICR unique: a dedication to solving not just a project’s superficial issues, but addressing the underlying problems in the first place. A certified waterproofing contractor has the knowledge and experience to make waterproofing function perfectly, last in the long term, and look impeccable.

If you’re impressed with WICR’s work and would like courtyard waterproofing done right, contact WICR for a consultation.