Not many people know that WICR is an acronym for Wanke Industrial, Commercial and Residential. Fred Wanke founded our company 34 years ago, and is still going out on waterproofing and deck inspections every day.

Fred has always been committed to charity. He works extensively with the YMCA, and more recently, got involved with a project to save the Black Footed Ferret from extinction.

In 1985, there were only 18 Black Footed Ferrets in the wild, and the species was declared North America’s rarest mammal. A large part of the reason for their extinction was that the government permitted unregulated hunting of prairie dogs, which is the Black Footed Ferret’s main source of food. Farmers would routinely hunt, trap or poison prairie dogs, as they eat the same grass that their cattle and other farm animals would eat.  With a dwindling food supply, their numbers began rapidly declining.

Fred Wanke joined a group of concerned individuals who created a breeding facility for the disappearing species. They trapped as many ferrets as they could, and entered them in the breeding program. Within a few years, we saw an increase in the species population from just 18 left, to over 350 Black Footed Ferrets at this facility alone. The only issue they face now is finding areas with healthy prairie dog ecosystems in which to release the ferrets, so they will be able to survive and propagate. Fred assisted with the ferrets’ feeding and care.

They even named a ferret after Fred Wanke!  In fact, some ferrets got creative names, like Ferrets Bueller.

Thanks, Fred, for all your efforts! Who knew, there is so much more to you than just pioneering the best waterproofing and decking company in So Cal! 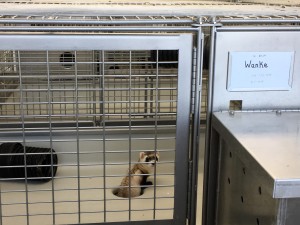 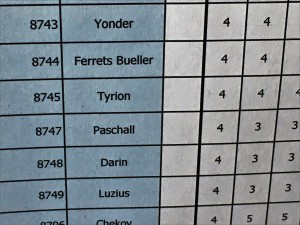