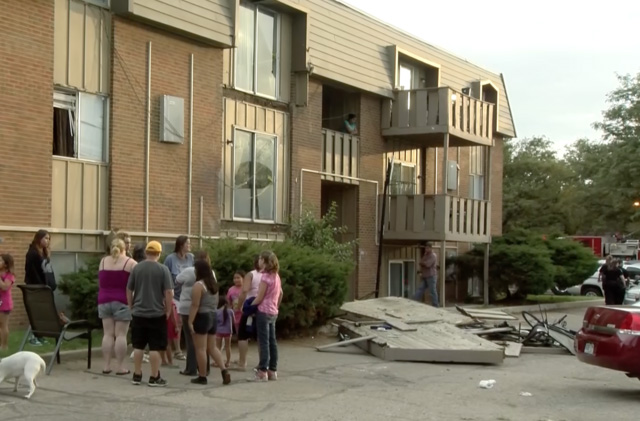 The country is still buzzing over the recent balcony collapses in Berkeley, CA, and Emerald Isle, North Carolina, causing injuries and fatalities. This past Monday, July, 20th, 2015, there was yet another balcony collapse in Greeley, CO.

Thankfully, there were no fatalities, although three people were injured, including a three-year-old child. The third-story balcony collapsed at approximately 7pm, injuring people on the 2nd story balcony as it fell.

Some of Greeley’s public safety officials raised concerns about an obvious lack of maintenance at the apartment complex, and questioned whether building and deck inspections should be mandatory and monitored by the city. City officials had not inspected this building since 1970, when a permit was applied for, and there is no way of knowing if the owners kept up with routine inspections and maintenance on their own.

A deck inspection from a waterproofing contractor or decking specialist could have helped uncover areas of dry rot, leakage or joist failures that can lead to deck failure.

Ron Adams, a battalion chief for the Greeley Fire Department, commented, “As a property owner, you have a responsibility to maintain your building to ensure the safety of your tenants. Hopefully this incident is a wake-up call to the owner.”