In response to serious condo comm 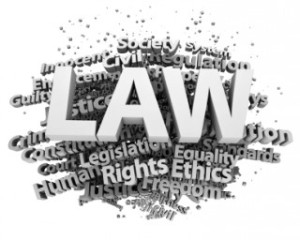 The primary duty of an HOA board is to use the dues money collected to maintain the common areas. The statute mandates that sufficient dues be collected from homeowners to maintain the common area structures. (Civ. Code §5600.), however, many HOA boards are reluctant to increase dues. Deferring maintenance for the wrong reasons is a breach of the board’s fiduciary duties.

Postponing or neglecting maintenance to avoid spending money or raising dues is harmful to the association, because it exposes the association to liability for damage caused by the neglect, it lowers property values, and it substantially increases the cost of the eventual repairs (which can result in special assessments and more substantial dues increases).

For example, replacing a 15 year old roof on one unit, as specified in the reserve study, may cost $5,000, but if the board decides to wait, and in year 17 the roof leaks into the owner’s unit, the costs for roof plus ceiling replacement, dry out, mold remediation and possibly asbestos removal can reach up to $60,000. It is always less expensive to maintain and replace, than to repair a building element that has failed. As another example, it may cost $500-$600 to maintain and reseal a balcony deck to keep it waterproof, but if there is water intrusion and wood rot, it may cost $3,000-$5,000 to replace the deck.

Board members should be made area that they may be personally liable for gross negligence, breach of CC&Rs, breach of statute (Civ. Code §4775), and breach of fiduciary duties. Boards members and property managers should be also be aware that insurance companies will not pay for repairs and damage resulting from deferred maintenance; they only pay for unexpected or catastrophic losses.

The Davis-Stirling Act calls for a reserve study analysis with physical inspection every 2-3 years. The amount of money allocated to each reserve study line item should be adhered to by the board, even if the board members think those structures can wait a few more years. The purpose is not only to repair and replace items before they break, but also to allocate spending over months and years to maintain smooth and manageable cash flow. Neglecting waterproof balcony deck maintenance, then suddenly having to pay ten times more when all the decks start leaking into units, can deplete reserves, cause assessments and even bankruptcy.

Last year, we were called upon to inspect an association who had deferred maintenance for many years. They spent their members’ dues money on live guards and state-of-the-art gym equipment, but let their roofs, decks, stairs and walkways go into severe neglect. Many decks had visible cracks and holes, and were soft due to years of water intrusion. We were nervous climbing some of the rotted stair cases to get to the decks. Some decks were so structurally compromised, we had to advise homeowners not to allow anyone to walk on them until they were replaced.

While we were walking the property, a roofing company and termite company were also inspecting. The association had not had a termite inspection in 10 years. We presented out bids to the board on the same night…$105,000 in deck and stair waterproofing, $280,000 in roofing repairs, and 450,000 for termite tenting and wood replacement. With only $700,000 in operating and reserve accounts, the association was facing assessments of $4,000 per owner, plus a dues increase. Had they simply allocated the funds as directed by the reserve study, the assessment and high repair costs would have been completely avoided.

So..it’s true: an ounce of prevention is truly worth a pound of cure. How often should you get your balcony decks inspected? Most manufacturer of waterproofing materials recommend 3 years inspection and reseal, to catch any small repairs before they lead to costly, large repairs. Resealing the decks will ensure their beauty and waterproofing integrity, which significantly extends the life of the deck. This three year schedule complies with the Davis-Stirling Act regarding 3 year physical inspections and reserve study analysis.